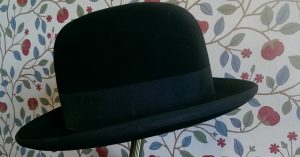 Who is Detective Dalloway P.I.?

Detective Deirdre Dalloway is an Anarcha-Steampunk chronoloper. Her cover – that she is a private detective – allows her to travel between her home time in the year 2328, to the year 1928. She came to be nosey and to dress up. Technically she can, and sometimes does, travel backwards to any date and home again. But then there is the fact that Elgie is stuck in 1928. 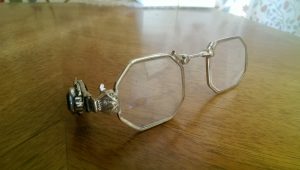 It is someone from a future without governments and with an economy that works, who uses low-tech machines, made powerful because of the Dark Energy Rift, to travel through time to eras where they most definitely do not belong, as interlopers.

Det. Dalloway comes from one of various futures which came into existence as a result of the Dark Energy Rift of 2135. Most of the survivors had tried to build a better world where everyone was free and equal and there was no need to do any more unpleasant work than was necessarily to survive. It was a great success in general, but it didn’t suit everyone. Taking advantage of the abundant leisure time and availability of Dark Energy, foolish people in some timelines did things like kidnap scientists and force them to make time-travel devices so that they could travel back and secure huge deposits of gold on the islands they would later make sure to inhabit. That sort of thing.

By 2047 at least twenty-one different futures (some said twenty-three; Elgie says ‘twenty-something’ due to lack of additional toes) had come into existence. Only three anarchist timelines survived. At a ground-breaking summit in 2227 they discussed the problem, sending mandated delegates back and forth from meetings in their own timelines to debate and decide what to do. Anarchists had had lots of practice with mandating directly accountable delegates, so doing it through time was merely a First rather than a problem.

One timeline eventually came back to the meeting with a ‘final and firm mandate’: it was heartbroken at losing contact with the others, but declared that it would destroy all time travel devices once and for all because it couldn’t cope with the thought that interference might mean some people never existed. Another timeline decided that from that point it would only have people travel back to 2227 or later, and that travellers ought to declare themselves as chronolopers (interlopers in time). The third, Deirdre’s own, decided to work along the same lines, but not to reveal themselves. The great thing was that people from the 24th century in both of these timelines could exchange news and ideas in 2227about how their anarchist futures were going.

But shortly afterwards, it was discovered that tiny disruptions to the timeline really had very little effect on anything; as long as Capitalism remained in place supported structurally by the State, the same sort of events and outcomes were likely to reoccur. As long as the chronoloper was careful and didn’t reveal who they really were, it was possible for chronoloping to take place and for the travellers to interact to a degree. To be doubly sure, the chronoloper or someone else has to run the algorithm to help them anticipate potential consequences. In Detective Dalloway’s case, this is Elgie’s job. 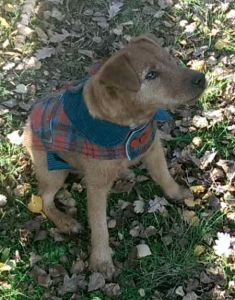 Elgie, aka the L.G.G., aka The Little Ginger Gentleman, is not quite the Watson to her Holmes. He’s more like Scooby Doo to her Thelma. But smaller, and much, much braver. Human-canine interaction had been solved in 2277 after various early attempts. Dogs, it transpired, had been able to do anything humans could do mentally, but couldn’t be bothered.

“When are you coming back?”

“Why can’t we just kill Hitler?”

What is the Dark Energy Rift?

In the early twenty-second century, the Once-Free Nations Empire launched its first Astrobear into space between the solar systems of the Galaxy to collect Dark Energy. It hoped to use it to gain the technological advantage over the other World Power, the Lost Power. A resultant accident had produced the Rift which had led to the future that Det. Dalloway and Elgie came from. Accounts vary, but it would seem that a willing but easily distracted bear, Major Bill Bewlay, had daydreamed through the lesson at Space Academy which covered the correct way to seal Dark Matter containment churns. And the rest, as they say, is History….

What does Dark Energy have to do with chronoloping?

To travel back in time requires harnessing Dark Energy and latching on to ‘viable rotational activity’ in the desired year, pulling the point in time forward, in Deidre’s case, to 2328, and then snapping the chronoloper backwards. This is easier said than done. ‘Viable rotational activity’ means something mechanical spinning for the first few times in its existence, which is when it leaves the most obvious trace in a time-line and can be targeted most accurately; but not something electrical, which could interfere with the activity of the time-travel device. In other words, the stable device in the future latches on to motion in the past without an external power source. (This is not as easy as it sounds. Time travellers who have appeared on roundabouts in children’s playgrounds have been thrown off violently due to excessive child power).

One such device was built in 1928 in the hills above Barcelona. It was a fun fair ride designed to enthral wealthy Catalans as they escaped the heat of the city for the cool of Tibidabo. An aeroplane was attached to an arm, secured in turn by a pivot, all of which spun on the spot using the power of the plane’s motors turning its propellers.

Just imagine the surprise of the engineer on the very same day as the ride opened, even before the first paying passengers had ascended the steps into the interior, when a slightly anachronistically dressed lady in a man’s hat alighted, carrying all kinds of boxes and devices, and followed by a small ginger dog which had considerable trouble with the steps. On closer inspection, the instruments inside the cock-pit displayed readings such as he’d never seen before. Why on earth did one of them give that day’s date, of all things?