Michael Dalloway knew right away that something was wrong when the clammy fog lifted and, instead of revealing 1920s London, the cold and dankness was that of a sandy but unattractive cove at twilight. An awful drizzle began to penetrate his unsuitable clothes and work its way toward his bones. Soon, a chill rose from inside him also. For he cast his eyes about at the decaying seaweed and, beneath it, the rotten breakwaters on which it slithered. Then up at the crumbling shale cliffs surrounding him, offering no protection from the wind. And finally at the yellowy, stinking froth carried by the waves that lashed the sea shore and rocks, concealing strange and dangerous creatures. He knew then that his time machine had stranded him on Hopeless, an island somewhere off the coast of Maine. 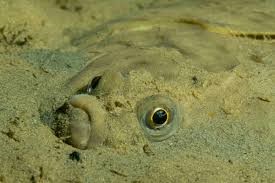 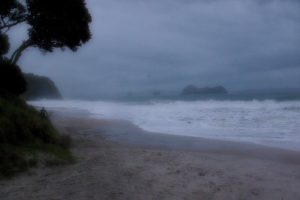 Hopeless, Maine, is a place appropriately vague in time and in space. If you try to find it, it is impossible, and anyway, no one would want to. But it is a force as much as a place, because from time to time, it will suck in chronolopers with faulty instruments, along with unlucky sea farers from the coastal reaches and voyagers from other continents. And if you try to leave the island – as everyone stranded does before their hopes are dashed like the galleons and whaling boats upon its rocks – you succumb sure enough first to its creeping, life-sapping depression, and finally to simple despair. If you are a chronoloper, with your wider horizons and sense of adventure, you might keep your hopes up slightly longer, and see the situation as just another science problem to be solved. But eventually you might well take a sledge hammer to your craft, cursing the day you took it out without fully testing it. Just like Hopeless’s other striken inhabitants, you are never leaving, never going home. Repairing your ship just gives you false hope.

Except that there had been nothing wrong with Michael Dalloway’s ship to start with. Elgie had checked it over just recently, and Elgie was good at his job. No: it had been sabotaged. And he knew that Swagmire and his evil human master/servant were behind it. They must have rigged his craft and as it floundered in four dimensions, Hopeless, Maine, had drawn him in.

But far from despairing, he knew what to do. He had an essentially sound ship and could work out how to fix it. He had to try to contact Deidre and Elgie for their help. He had surely only just missed them, and he might be able to link back to them if he acted fast. He needed to get his transmitter out of the cove and as high as he possibly could.

Which direction? It was getting difficult to see beyond his immediate horizon, the perilous cliffs. But whilst scouring the descending darkness his eyes were drawn to an intermittent light behind and beyond them…What was it? A lighthouse possibly? Yes, a lighthouse. He put on waterproofs and packed a flask, chocolate biscuits, night binoculars, tea bags, day binoculars, a torch and rechargeable batteries, a universal avian field guide-slash-translator, cheese sandwiches, extra socks, a kettle, firelighters and matches. He strapped the transmitter to his front under his coat, to keep it dry. He eventually spotted what passed for a path out of the cove and began to stumble towards it. 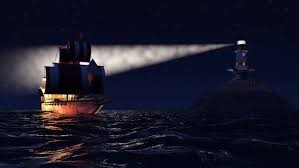 But he paused. Were there bears on the island? For years he had been plagued by nightmares about bears. Nightmares, not because they were attacking him; rather, it was getting them under control and working as a team that was the problem. They simply wouldn’t focus on the task in hand. What that task was, dreaming Michael had never been sure, but the bears would drive him out of his mind with their floating, flying and lazing about. He would have to round them up over and over again and just as he had them all in a line, their attention, and then their feet, would start to wander off in different directions. And that was just in his dreams. Imagine what real bears might be like? He went back for a stun gun (harmless, but prudent) and honey cake (just in case). He headed out once again, more confidently, exchanging wet sand for stones and mud, slipping occasionally as the path steepened and rose, but with a plucky sense of purpose which always served him well at times like these.

Still, he wished he had a dog for company. It didn’t have to be a clever, talking one like Elgie, and certainly not like the sinister Swagmire. A normal, happy, everyday dog would do fine. Yes, then everything would be just fine.