“Now then Elgie, I really think we should run through the plan again. Just to make sure”.

“If you insist”. Elgie sighed and put down his newspaper. Sitting alert on the rug in front of the fire, he put on his thinking face. This involved cocking his head slightly and frowning at Detective Dalloway. She poured herself a cup of tea and settled back into her detective’s chair with her arms folded and her boots on her desk.

“Alright then. We arrive at the Prime Minister’s dog show at 12.00. Lulu opens the back gate to the garden and I sneak into the line next to Lady. Lady will chat to me about her flying lessons so that I blend in. All the M.P.s’ dogs are learning to fly, don’t you know? Lady Astor was very happy to pay for Lady’s lessons. I really wish you’d let me…”. Elgie was getting distracted.

“Well, Jix is judging, so when he comes to me, I simply hypnotise him. Simple!”.

“And have you been practising?”

“Yes, I got Percy to sit up and beg for sardines. He said I must be very good at it because they just happen to be his favourite snack. Aren’t I clever?”.

“Are you sure Percy was hypnotised?”” 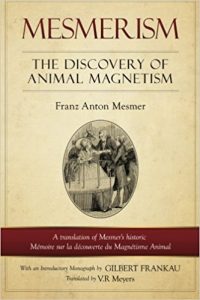 “Yes, he said he couldn’t think of anything but sardines, so it must have worked.”

It was Deirdre’s turn to frown. “Elgie, I’m worried. What happens if you get caught? After all, you’ve only just read Mesmer’s book on Animal Magnetism and practiced once on Percy.

A cab ride later, and Detective Dalloway and Elgie arrived at Downing Street, where M.P.s and their proud pets were arriving for the 1928 Annual Parliamentary Dog Show.

Deidre didn’t want to attract any attention, so she retired to a nearby public house, leaving Elgie in Lulu and Lady’s capable paws. With her huge coat and hat, which she pulled down almost over her eyes, and adopting an air of entitlement, she was just confusing enough that she could nurse a pot of ale in peace and lose herself in a book. That was, until her attention was caught by Lulu jumping up and down outside the window. The detective could recognise an emergency when she saw one.

“That’s not it. He hypnotised Jix no problem. “You will announce the Bill tomorrow ….” and all that. The problem didn’t start until he decided he actually wanted to win the dog show!”

“What!?” That wouldn’t do at all. What had Elgie been playing at? If he won, he’d enter the historical record for sure.

“He told the other dogs that the judges were looking for ferociousness this year, so they were all squaring up to Jix and baring their teeth and snarling. Lady did a bit of growling herself, even though she was in on it. But Elgie was doing…that face….you know the one I mean”. She knew. “So Jix actually chose him as the winner! But when it came to awarding the prize, of course Elgie didn’t have any papers and couldn’t prove his pedigree. Eventually they realised he wasn’t actually an M.P.’s dog anyway, and was just any old dog. That’s when I came to get you”.

“We’d better get back and see what is to be done.”
Following the poodle, who set off at quite a pace, Deidre soon arrived at Downing St. She was just in time to see a black, windowless van vanishing into the distance.

It was Mr. Wellbeloved, the dog catcher! 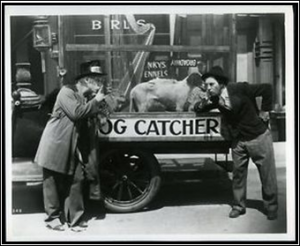